We are pleased to present the fifth #COVIDByte, discussing the importance of seasonal workers in maintaing agricultural activities during the COVID-19 crisis

One of the main challenges that the agri-food sector has to face during the COVID-19 crisis is the lack of seasonal farm workers available for fruit harvests, which could lead to enormous losses in production this season. Border closures and restrictions on mobility have made it difficult to hire farm workers, the majority of which are typically foreigners. This is not a unique issue for Spain either; several European Union countries have been warning of this problem, asking that the European borders not be closed and in addition that facilities for contracting be provided.

Collecting these claims, on April 7, the Spanish government passed law 13/2020 to promote agricultural employment during the health crisis. The decree establishes that both workers who were collecting unemployment benefits and migrants with work permits that expired during the state of alarm can be hired, as can young migrants between the ages of 18 and 21 who have residence permits. It is estimated that the agrarian sector employs 300,000 people. In the region of Aragon, agrarian organizations such as UAGA launched a job bank when they foresaw this problem. As reported by the regional newspaper Heraldo de Aragón, in mid-April, 3,500 people had already registered, of which 95% are foreign workers and 93% do not have employment authorization, which makes hiring them difficult and which does not solve the problem at hand. Furthermore, although the number of applications from locals has increased in general, many of them do not have previous experience in this sector, which makes their incorporation difficult as they require a period of training and learning.

The health crisis in the field not only limits the hiring of farm workers, but also involves adaptation of the work rhythm to new hygiene and safety regulations, such as the use of a mask and maintaining minimum distance between workers during the day. Therefore, there are further problems with transportation and accommodation. To alleviate this, the government of Aragon has made free transportation available to workers from the main cities, with the additional aim of reducing mobility as much as possible and promoting overnight stays near the farms.

This situation has highlighted the dependence of the current agro-food system on some workers, largely migrants, who are in a situation of high vulnerability and uncertainty. Their lack of protection as workers contrasts with the importance of their role in ensuring the proper functioning of the supply chains of these products. This conundrum has been denounced by groups of seasonal workers who are demanding improvements to their working conditions and access to housing, as well as greater protection and safety for working under the distinct landscape resulting from the pandemic. In addition, some organizations fear that, after the state of alarm, many of the incorporated persons will lose their jobs and the legal status conferred to them by the decree, and therefore ask that employment authorization be extended for a longer time. 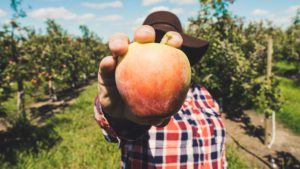 5. COVIDByte #5: The Importance of Seasonal Workers (May 6)

Stay tuned to the News section of our website to access the rest of the series as it rolls out!
These will also be posted on our Twitter, along with other (excellent) content!
Peter Cooper 3 weeks ago